With Memorial Day and the Fourth of July right around the corner I thought I would gather up some links to some great projects to help you show off your patriotism. 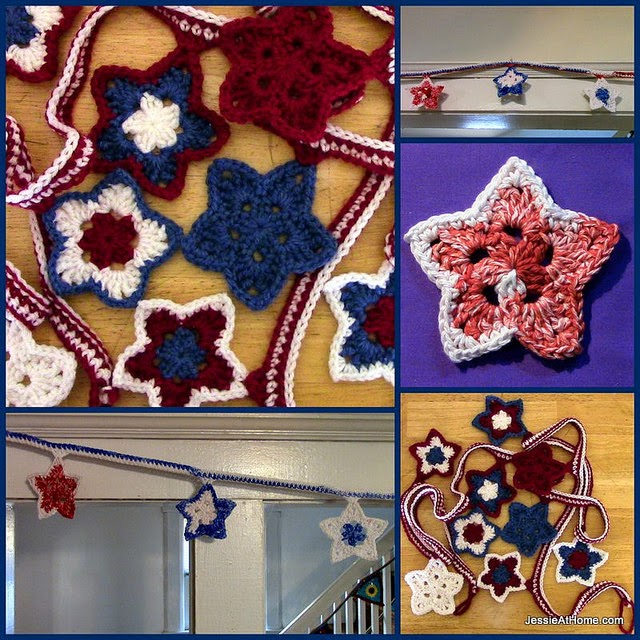 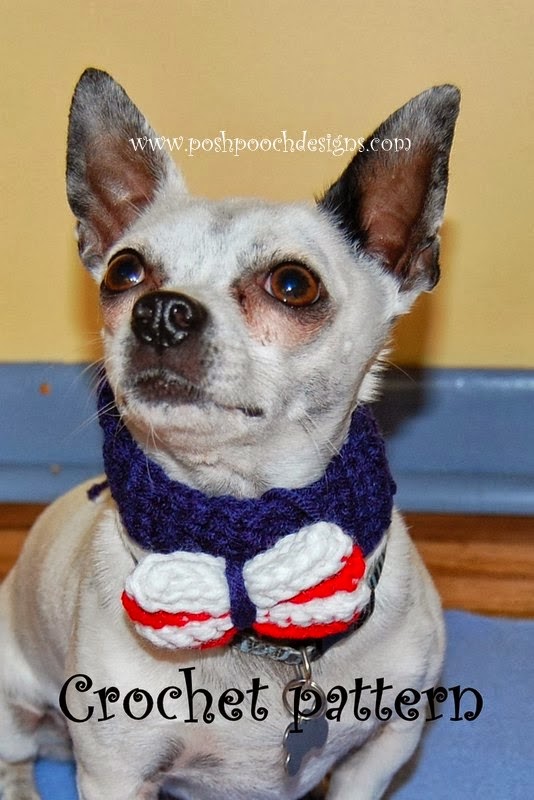 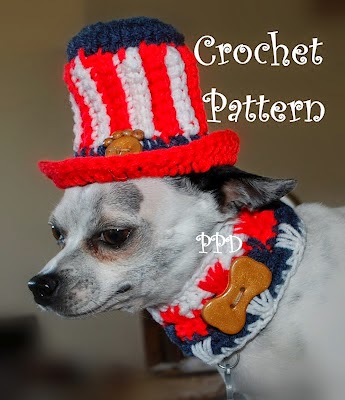 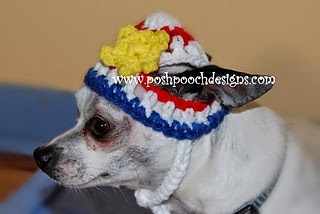 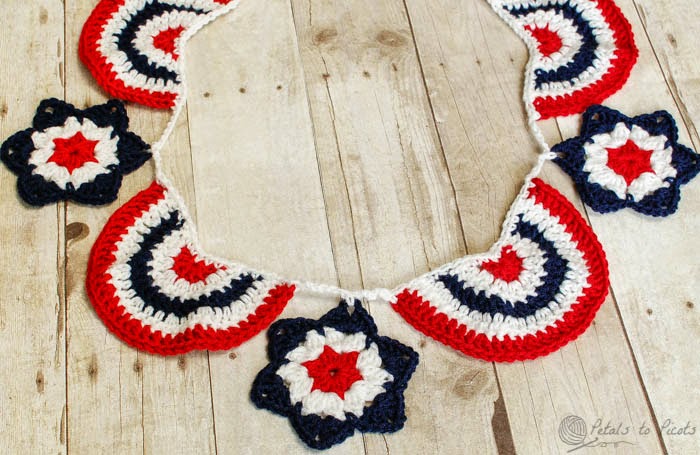 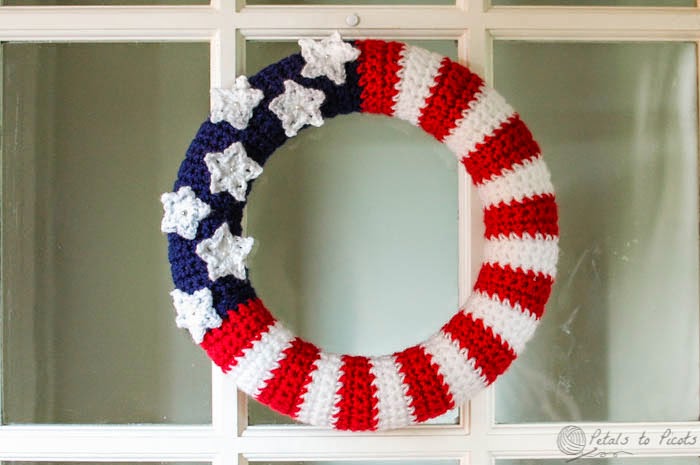 Happy Sunday All!!
Now normally I do not post on Sundays, but my inner nerd is in need of a break out. Tehe.
So today I bring you links to amazing crochet patterns that are all Star Wars all the Time.
Enjoy!
R2D2
Multiple Pieces
Boba Fett PAID
R2D2 Hats on Etsy
Multiple Pieces
Twi'lek PAID
Jabba the Hut PAID
Yoda i5 case
Jawa
Princess Leia Hat PAID
Yoda Hat for your Pooch
Posted by Lexy at 11:47 AM No comments:

I'd like to introduce you to Manda Nicole, from MNE Crafts.

Good morning everyone. I would like to introduce you to Manda Nicole from MNE Crafts. Today she will be sharing with us her journey in the crochet, pattern writing world. Please be sure to visit her blog and see what other amazing patterns she has to offer. 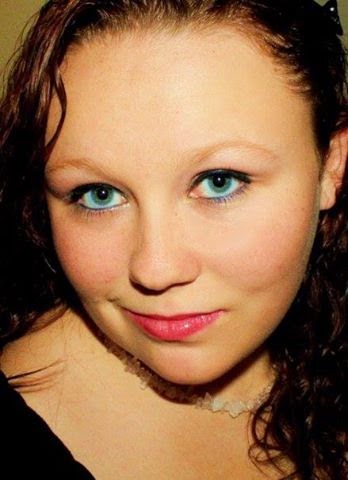 I first learned to crochet when I was a pre-teen. A woman I knew was making baby blankets and I admired how she took basically nothing and turned it into something amazing. I wanted to do that. I struggled to get her to teach me. She showed me how to make a chain but, for whatever reason, I could not grasp the idea of turning around. Until, one day I got it. From there I continued practicing. People gave me pointers here or there but, for the most part, I taught myself. 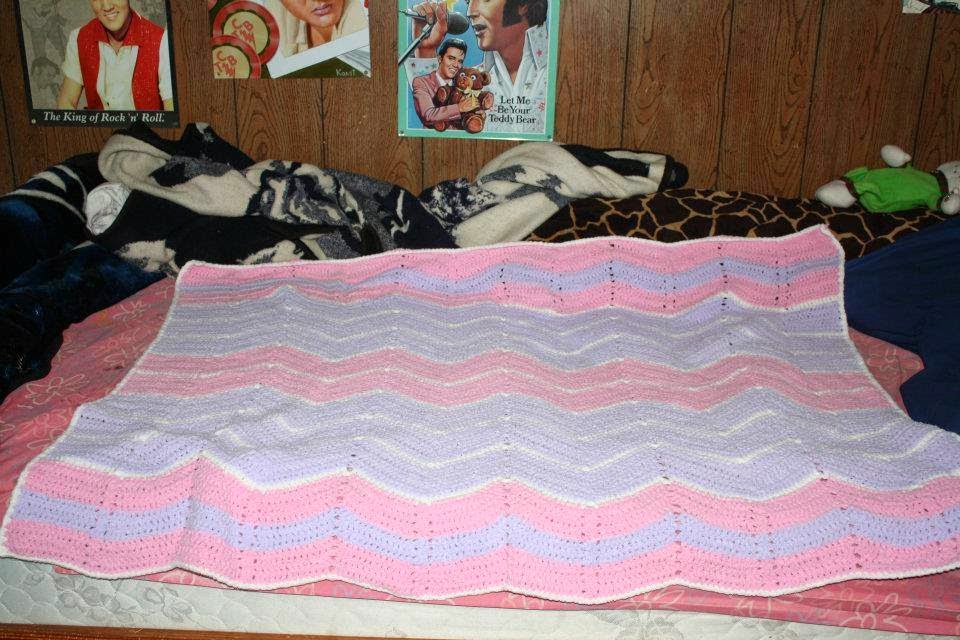 It wasn’t until I was pregnant with my daughter that I truly got into crochet though. I wanted to make her something special and was bound and determined to make her a blanket. That blanket took me from 17 weeks gestation to 39 weeks gestation. I finished it about 2 days before I had her! I even made her matching mittens with the left over material. That was in 2010 and I’ve not stopped since!
Pattern writing was something I had absolutely no interest in. It seemed like to much work. Every now and then, I’d write down what I did and share it on my blog. I didn’t really have an audience so I didn’t put much work into it. It was as simple as “I did this, this and this… good luck!” I can say I have a completely different attitude about designing now and wish I’d realized earlier that it was my calling. I love everything about it and almost wish I could go back in time and start sooner! 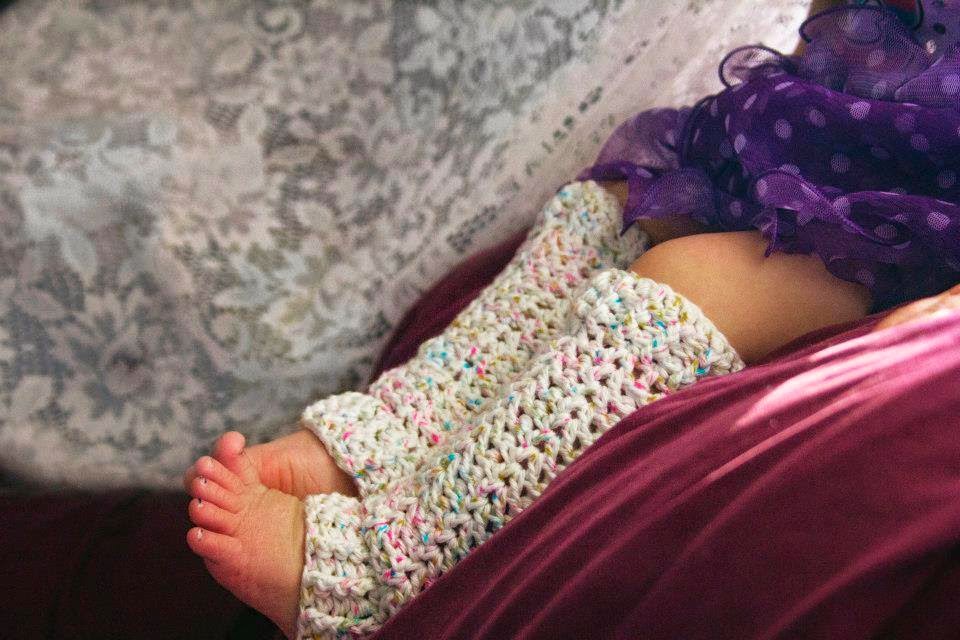 The first free pattern I have listed on my blog is for some leg warmers I made for my daughter back at the
end of 2012. The pattern includes one size, the format looks completely wonky, there is no gauge listed, no material listed…. Just an image (no watermark), the size, the hook and the pattern.  Even then, the pattern leaves so much to be desired simply due to the horrid formatting! 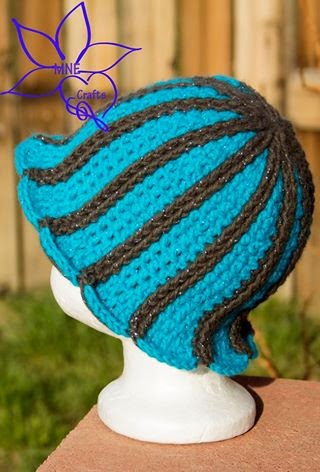 My latest free pattern is one I call the Vintage Tulip Sun Hat and I made it for no particular reason at all. The image includes two angles, the name and a watermark to make pinning easier,  I start the pattern off with the hook, the material I used and the “in pattern” gauge. I then follow that with a Hints & Tips section. I include any questions my testers had (I actually have my patterns tested before sharing them now) as well as anything I thought was a little outside the pattern norm and might confuse people.  I also use this space as a little “cheat” spot – hehe. For example, instead of writing Ch 1 (doesn’t count as a stitch) at the start of every round, I just put it at the top that it doesn’t count. It makes things so much easier! The formatting on this pattern is completely different from the leg warmers as well. I have the instructions numbered and use bold lettering to make it easier to keep track of where you’re at in the pattern. I also include three different sizes!

When I was first asked to share how I write patterns now to how I wrote them then, I knew there would be some big changes but I don’t think I fully realized just how different the two patterns would be! If I didn’t know better, I’d think they were written by two different designers. Looking back and comparing myself has really given me a perspective of how much I’ve grown and changed as a designer and I feel a sense of pride right now!

I’ve been crocheting off and on for over ten years and actively for about four. In that time the three tips I’m most grateful for learning are:
1.The magic circle and making sure it is tied so it doesn’t come out!
2.Mark your stitches if it tells you to! – I once didn’t and had to completely start over!
3. Gauge is not something to be ignored. It’s actually VERY important.
Posted by Lexy at 10:15 AM 2 comments: